Fig varieties of the Middle East

Many researchers claim that the Middle East is the origin of Ficus Carica the common fig. Archeologists have discovered remains of fig trees in cultivation in Jordan valley tracing back to 4000 BC. There are hundreds of varieties in that region that deserves a lot of attention; the local agricultural departments have paid little attention to evaluate the different types of figs from that area.

Fig is considered to be one the oldest fruit trees in the Mediterranean zone.  A famous fig breeder and researcher named Ira Condit mentioned that Syria and Anatolia are the natural habitats of the fig tree and from there it was transferred to North Africa, Spain, Mexico, Chile, Peru and California (Mueot laal ., 1960). It was also transported to South America via France and to Mesopotamia, Iran and India from Anatolia (Condit, 1947; Condit, 1955).
the fig fruit was well known by ancient Egyptians. It was called Tun” which could
be the origin of Arabic “Teen”. In Hebrew, it is called “Feg” which later led to the English word Fig” and French Figue”. The Latin scientific name is Ficus. Ancient findings related to the fig tree dates back to 5000 BC in Egyptian
archeological sites. Relics and traces of fig cultivation were also found in Palmyra in
Syria and Babylon in Iraq.”

Many of the varieties of the Middle East were given descriptive names based on the shape, color or flavor. For example the variety named Byadi which comes from the word Abyad for white, it can be found in different areas of Lebanon, Syria and Jordan and many varieties were given that name although they’re not genetically the same.

Living in the USA it’s hard to collect all these varieties and evaluate them; however I have collected many varieties from the Middle East that originally made it to this country with immigrants years ago. Especially Syria, Lebanon, and some other mid eastern countries like Jordan, Palestine/Israel, Egypt. My Main focus is the Syrian and Lebanese varieties, due to the lack of attention given by these countries to evaluate and have selected known varieties.

Here are some of the known varieties of the different Middle Eastern countries:

Some of these varieties may require pollination to set fruit crop. Pollinating these figs can only be done by a special fig wasp.
I will be releasing some of the Mid eastern varieties to the public once I know they are successful in our area.

Here’s some photos and info on some of the varieties I have that fruited.

Barada: A tasty fig, medium size with light green skin. Has a nice honey flavor. Comes from the historic Christian village of Sidnaya outside of Damascus 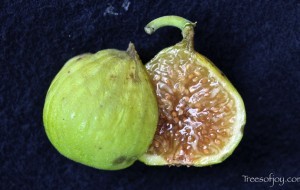 Byadi: Excellent tasty fig with light green skin, comes from the village of Mishtayeh in Syria. It has been grown in Bethlehem, pa for several years and produces a decent crop. The tree develops a strong straight trunk, suitable for training as a standard. 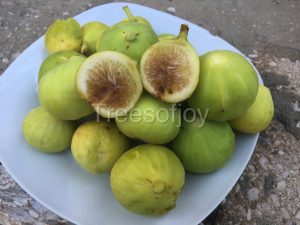 Lebanese Red: Excellent tasting fig, produces two heavy crops a year. Has been grown in the ground in Pennsylvania and did well. Behaves well in the rainy condition and doesn’t split. 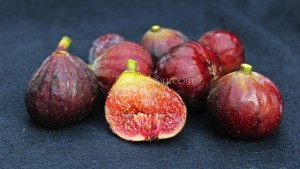 Shtawi: This is a variety grown in Koura, Lebanon. Shtawi comes from the word Shitaa’ in Arabic which means winter. It ripens very late, usually in November into Christmas. Not suitable to grow in cool summers, and areas with cold winter unless grown in greenhouse. Very good taste and very productive.

Sweet Joy /Syrian 6: a numbered variety from a collection of unknown figs from Syria. This tree is vigorous and productive. The unique skin color and the interior is excellent tasting. 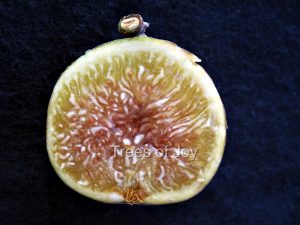 Rimaley: collected from Mishtayeh, Syria. It’s a long fig with red interior. Known to be early in the village where it was collected, however it has been ripening end of August in my garden. Very tasty fig.”

Syrian #3: A unique color and good flavor. The skin starts out bronze colored, then as it ripens it gets a blush of red, the pulp is yellow. 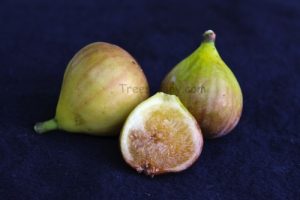 Souadi: This particular variety came from a village in the hills near Byblos. The medium figs are so sweet and the tree is productive. The skin changes from red to black. 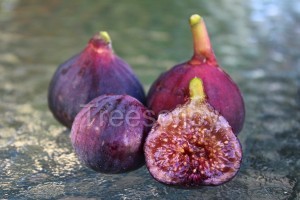 There are many other varieties from the Middle East that are under evaluation in our garden at Trees of Joy. For more info please check out the variety list on Trees of joy variety list

We have a large collection of Fig tree varieties and and different fruit trees, such as Jujube, Pawpaw, Persimmon, kiwis. We also carry the rare Cedar of Lebanon trees.