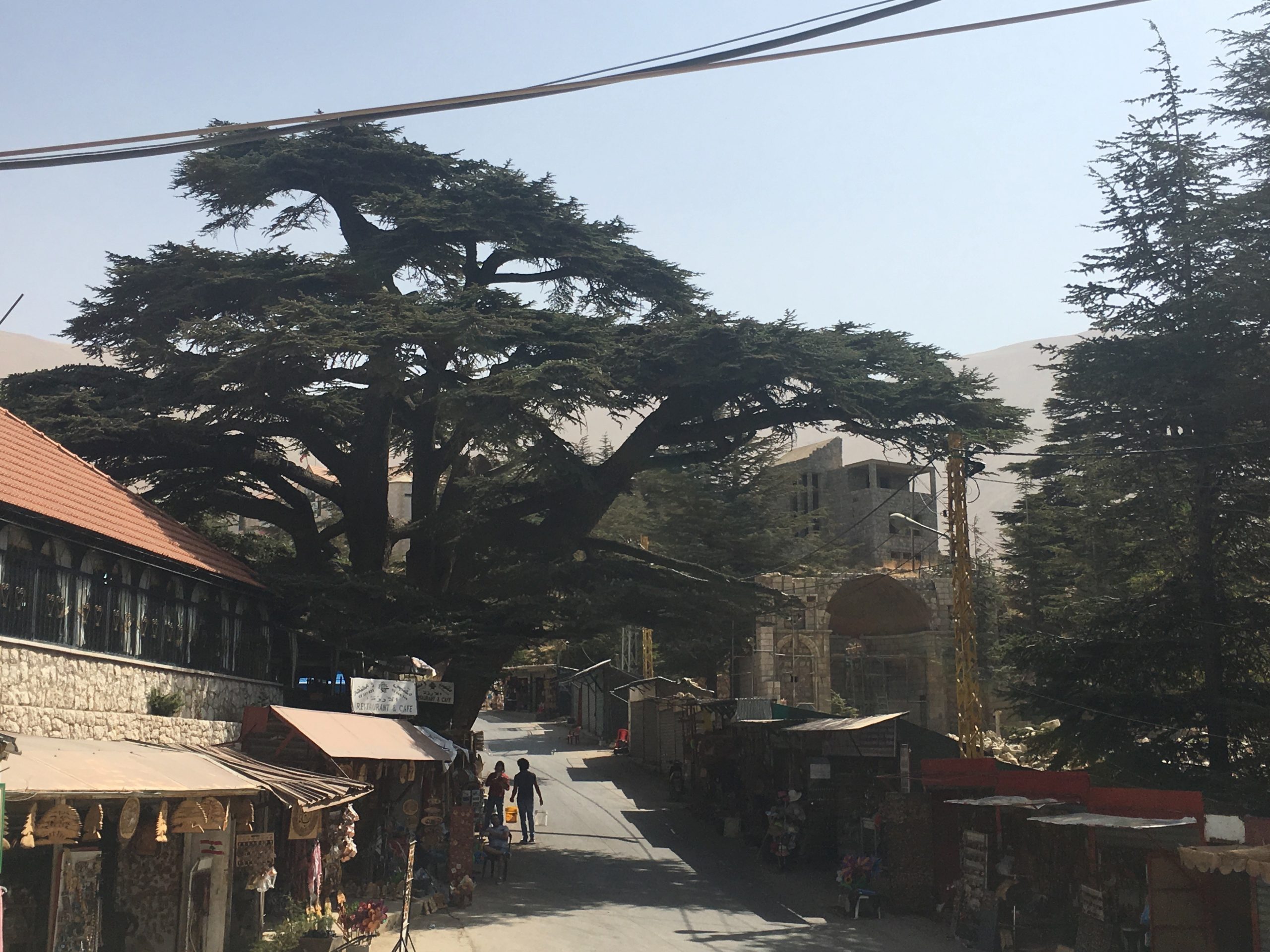 Posted at 03:19h in Trees, Uncategorized by bass 19 Comments

In the arid climate of the ancient Middle East, there you will find the flourishing green forests and the snowy mountains of Lebanon. The Phoenicians, who were the native people of Lebanon, have used the timber for building ships, which made them the first successful trading nation in the world. The biblical prophets and King David have spoken about the cedar of Lebanon, mentioned over 71 times in the bible. “The righteous flourish like the palm tree, and grow like a cedar in Lebanon” (Psalms 92:12).

Cedar of Lebanon is currently on the list of threatened endangered species. There are only few small protected forests left in Lebanon. Entire forests have been wiped out for timber, during the Roman Empire, and later by the Ottoman Empire. What makes the Cedrus Libani rare in cultivation is the difficulty of propagation. It can only by started by seeds which come from female cones, and can be difficult to germinate. It may take up to 30 years before producing any cones. Cuttings of cedar of Lebanon are impossible to root. Today only 13% of the Lebanese forests survived. There are many efforts today to reforest Lebanon and plant the cedar of Lebanon along with native pine species and other native trees.

The Cedar of Lebanon is native to Lebanon, the coastal region of Syria and Turkey. The climate in that region is dry hot summers, snowy cold winters where temperatures may drop to -15° F or lower. The Cedar tree thrive in similar conditions. In the United States the tree can survive in cold hardiness zone 5b through zone 9. Choose a site with full sun and well drained soil. Heavy and wet soil will cause root rot which can eventually kill the tree. Cones are not formed until tree is about 25-30 years old. The tree produces male and females cones. Normally male cones are formed on the lower branches and females on high ones. Which make seed collection hard. Young cones are light green, which mature in 2 years to brownish color. When the cones open up the winged-seeds are carried by winds.

Cedar of Lebanon is a slow grower, growing only around10” a year when young, under ideal situations. Once roots are established, it will grow about 15” a year. My tree at 5 years of age it was only about 3 ft tall and 2 ft wide. With age, C. Libani will grow to 80ft (20 meters) high and 30 to 50 ft ( 10-15 meters) wide. In Lebanon the large trees are about 3000 years old. The horizontal branches sometimes are bent to the ground with the heavy snow.

Young trees can be planted bare rooted only in late winter or early spring, because roots don’t like to be disturbed, if not fully dormant. Containerized trees can be planted in anytime in spring, avoid planting it in the hottest time of year. It can be planted in fall in mild winter areas. The roots have to grown into soil before it can withstand extreme winter conditions. Choose a site with full sun and well drained soil. If the soil remains too wet, it will cause root rot and tree will die. The hole has to be about twice as large as the root ball of the tree. Fill in loose soil in the hole. Mix in garden soil with the native soil, so young roots can be easily developed. Don’t fertilize newly planted trees until they’re at least 1 year in the ground. The following year after planting, you may apply half the recommended fertilizer.

Give small trees protection from the wild animals and the surroundings. Chicken wire can be used around the young tree, making sure there’s enough room for growth. Young trees can easily be grown in containers. Main concern is choosing a good growing media. Never grow it in a peat moss mixture, that type of mixture stays too wet. For a good well drained mixture, try using 1 part pine bark mini nuggets, 1 part coarse sand (never use the soft play sand), and 1 part professional potting mix.

Cedrus Libani is the Latin name for cedar of Lebanon. Cedrus comes from the Greek word kedros. There are other species of Cedars, all were considered subspecies of Cedrus Libani and are now listed under their own species.

Cedrus Atlantica common name is Atlas cedar, native to the Atlas Mountains of northern Africa. It has bluish needles which are shorter than C. Libani. Its branches are more erect than C. Libani.

Cedrus Deodara or Deodar Cedar, native to the Himalayas; needles are soft and light green. Branches are not as flat as C. Libani. From the island of Cyprus comes a very similar form of Cedar.

Cedrus Brevifolia commonly known as Cyprus Cedar, it is so closely related to the C. libani. Has the same structure of Cedar of Lebanon, but have shorter needles and it doesn’t get as large